What Are The Effects of Hypnosis? 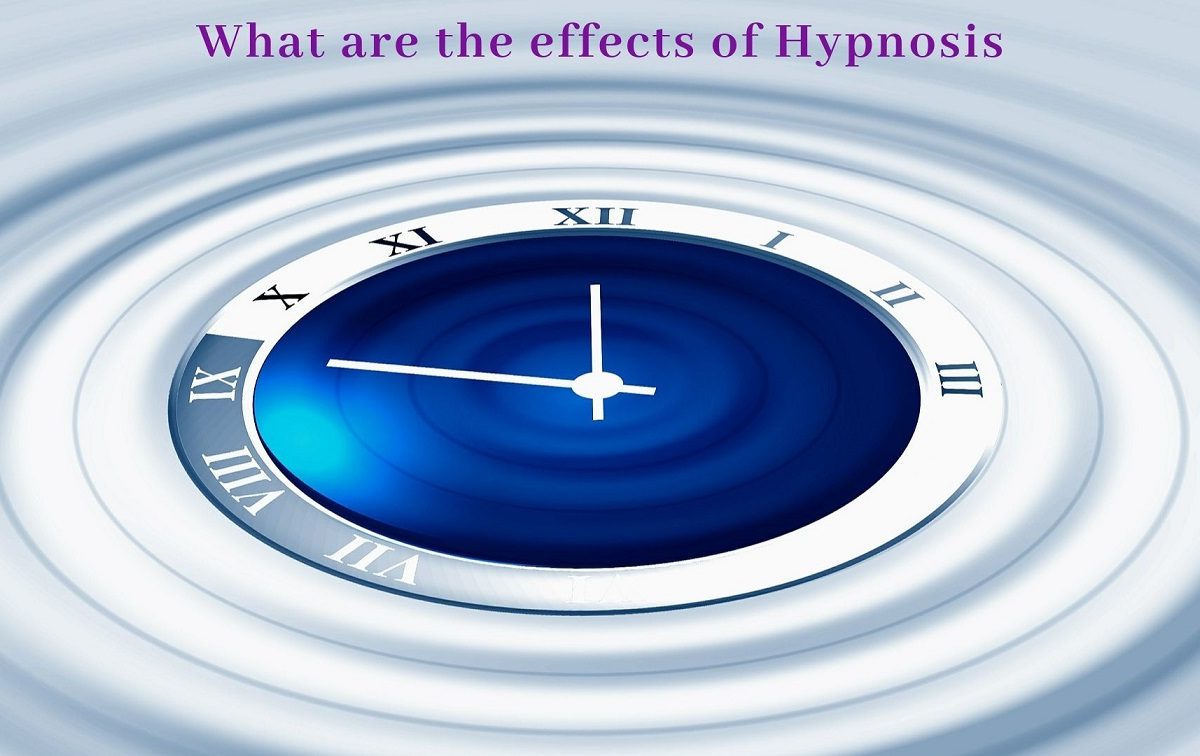 What are the effects of hypnosis?

Hypnosis is a very powerful tool used to make significant changes in our subconscious minds. I have described what hypnosis is, and how hypnosis feels in other articles, but in this one I will explain what benefits you can expect to derive from an actual therapeutic hypnosis session, and what the short and long term effects are.

Assuming that you already know what hypnosis is, and you understand that we are using hypnosis as a therapeutic tool here’s what you can experience after a hypnotic session. First of all keep in mind that the following are not set in stone simply because we are all individuals, and experience different things, but for the most part, and generally the following is what many people experience. From the moment one opens their eyes after a hypnotic session people usually widen their eyes as if surprised. Although it’s not verbally expressed, the expression on the person coming out of hypnotic state is quite obviously “Wow!“ Many people feel a heavy feeling, like their body is heavy almost as if they can’t move, but it’s more so of not wanting to move because the relaxation was so profound. You could also feel sleepy. Most people that have gone through a hypnotic trance lose perception of time, and for the most part feel like 20 minutes have gone by even though it’s been an hour to 90 minutes. It is not fully understood why someone would lose perception of time other than their mind is so relaxed that everything seemed like it went slower, or they were so focused on the intensity of the relaxation that they lose perception of time.

Another reaction that people have after a hypnotic session is that their awareness of the past expands. They realize why they’ve had certain unexplained behaviors, and are able to link them to the past providing that the hypnotherapist explored those areas of the mind. Clarity of the mind, is yet another benefit of a deep hypnotic relaxation, and many people have reported the “world to seem different than before they started.” Obviously, the world didn’t change around them, it was them, and their perception of certain things in their lives that changed which makes them feel this way.

As previously mentioned, since we are all individuals we react differently to hypnotic therapy. One possible negative effect (if we can call it that) is that after you have emerged from a hypnotic trance you may feel dizzy for a little while. I don’t believe this to be a physical dizziness, rather more of a psychological one. The reason I mention this is because when you open your eyes after a hypnotic trance you begin to realize and become aware of things that you were not aware of for many years. This can cause a surprise in the mind, and can cause dizziness, but that dizziness does not last for long. It has happened to me personally and all you need is about 5 to 20 minutes in order for this to dissipate. After that, you are usually fine.

Although certain feelings could be quite intense during a hypnotic session, there are long-term positive effects that do take place if the hypnotized person truly desires change. No positive change can  be complete without the person’s desire. Even if a person had a successful hypnotic session, and had the best therapy it will only take effect when the person seeking help truly desires it. The long-term effects of hypnotic therapy as I have seen them in years of practicing is a release of undesired habits. If, for example there was someone that went to hypnotherapy to understand why they have so much anger, and their therapy was successful, they may find themselves more peaceful, and less likely to get upset at those situations which would trigger him, or her. It doesn’t have to be anger, you can substitute anger for sadness, fear, self sabotage, or any negative emotion, or behavior. At first, one may not even notice that they’re not doing, or reproducing the negative behaviors that they used to have until they become aware of them and say “hmmm in the past I used to react this way, and interestingly enough I don’t anymore.“ The changes can be subtle, but prove to be powerful.

You stay in hypnosis forever. Just kidding; that’s just a joke. That never happens; It’s never happened to me, and it will never happen to anyone. There’s no such thing as staying in hypnosis forever contrary to some people’s popular belief. Seriously though, the worst thing that can happen when you go into a hypnotic session is…nothing. This can happen for several reasons. It could be resistance from the person being hypnotized, or the fact that they are not yet ready to let go of the difficulty that they came in for. The obvious question is why did they come in the first place if they’re not ready? The answer to that is sometimes they feel they’re ready, but are really not, or they’re being pressured by a partner, or family member to clear up a problem, and they’re only attending to satisfy their loved one’s desire. Another reason is that the hypnotherapist may not be qualified to help their client deal with the difficulty that they are coming in for. With a qualified, and trained therapist this should not happen, but it is possible.

Therapeutic hypnosis is a great way to understand how the subconscious mind functions and what is hindering us from having the success we are looking for in life. It is a type of therapy that has been around for hundreds of years and has gotten a lot of negative feedback. Unfortunately, this has come about because of misunderstandings and misconceptions that people acquired, and fear. Movies have also played their part in helping us misunderstand how hypnosis really works. Fortunately, what lives in the movies can stay in the movies. We don’t have to worry about negative side effects from a competent hypnotherapist and a good, therapeutic hypnosis session. The worse that can happen, is that nothing happens.

Try hypnosis yourself. Go to: israelmaya.com to try hypnosis programs.

Use coupon code im10 for $10 off your first purchase, or

happymom for 50% off The Painless Childbirth Course