CAN EVERYONE BE HYPNOTIZED? 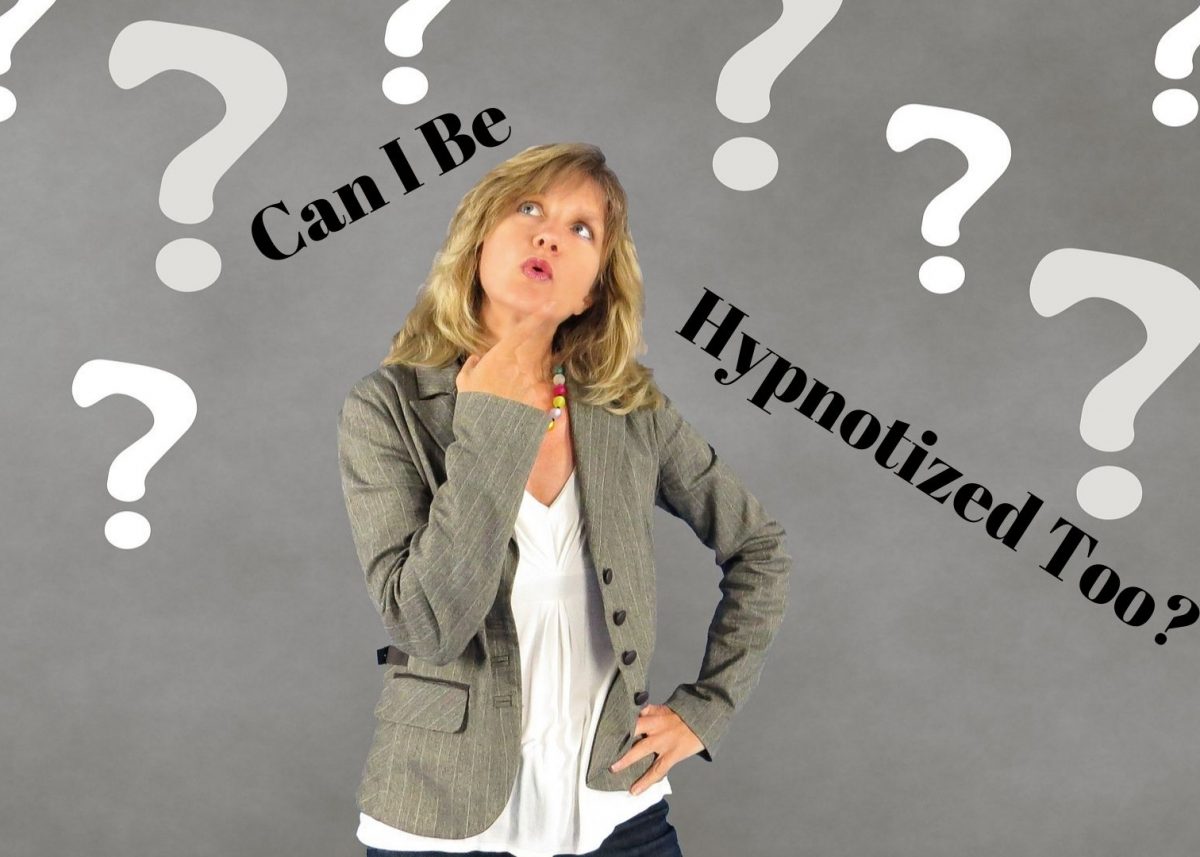 Can everyone be hypnotized?

It’s not all you you know. There are other factors that can prevent you from entering a trance state. One of them is the hypnotist him/herself. If the hypnotist does not have a good working knowledge about how hypnosis works then they won’t be able to get you there. How can they be hypnotists if they don’t know how it works? The answer is that there are several ways that you can hypnotize someone and they only may know, or were only taught one way. They don’t have enough tools in their box. For example, a progressive relaxation is one that slowly relaxes you from your head to your toes. This induction can take 20 minutes, (or more) and is way too long and boring for most people. We are a society of fast, fast, fast. If the hypnotist takes too long to hypnotize the person may tune out, or fall asleep.

You are getting very sleeeeepyyyyy

That is so corny and can backfire big time. If a hypnotist says “you are getting sleepy,” or “your body is so heavy it can’t move,” they are telling you what you feel. If someone is telling you what you feel, and you don’t feel it you’ll say “no I’m not.” This can make you think that this hypnosis stuff doesn’t work, or that you’ve failed in hypnosis because the hypnotist is saying that you’re feeling something which you are not. If you believe this, you won’t be able to get into a trance state because your mind won’t let go. Hypnosis is a passive process, and if you don’t let go you won’t let the passive part take over.

Your own personal belief in hypnosis

Here’s where you come in. If you believe you can’t be hypnotized, and you mind is set on it then you are right. Hypnosis is not mind control. One can’t force someone to think or do something they don’t want to (unless with a serious threat or blackmail). There are forms of manipulation, and mind tricks you can play on others, but that is beyond the discussion of this article. When you go to see a hypnotist you are already naturally skeptical the first time around until you build a decent rapport with him/her, so your mind is already protecting itself. In order to be hypnotized you have to believe that you could be, or at least have an open enough mind to believe that it’s possible. If you don’t, you’ll block the process and it won’t work. It doesn’t mean that you can’t be hypnotized, it just means that you’re not allowing it to happen. With a good hypnotherapist though they should be able to explain what hypnosis is so that your feel comfort enough with it to let go. Other possible factors could be it’s just not your day, your too tired and keep falling asleep, or medications.

Fleeting attention and other psychological challenges

There is an important factor that must be present when doing hypnosis….an attention span. If there is someone that has severe ADD or ADHD they may not be able to enter a hypnotic trance guided by a hypnotist. Remember everyone enters in and out of hypnosis everyday (refer to this article) so they can still enter hypnosis through sleep, but they may not be able to enter with a guided operator. In addition to not having an attention span are individuals that are mentally challenged, have a mental handicap, or a severe psychological disorder. Some of these individuals may be able to be hypnotized, but it might be very difficult.

Hypnosis has been intriguing audiences, and individuals for hundreds of years. When we see it on stage we may think to ourselves “Can I be hypnotized too?” It is clear that most of us can be hypnotized, but the real question is do we want to be hypnotized? As you have seen you’re not the absolute determining factor when it comes to being hypnotized, because the hypnosis operator also takes some responsibility in being able to bring you into a trance state depending upon the “tools“ that he/she has in the tool chest. Willingness is definitely an important factor, so if you have a hypnosis operator that is good at what they do, the rest will be up to your desire to go into the state, or not. Oh it sounds like a lot of responsibility, but it’s just the use of our ability to “let’s go“ of wanting to be in control of everything that happens around us. It doesn’t mean that you lose control when you’re going to have hypnosis, but there must be some point at which you allow your mind to drift off into a deep relaxation in order for the trance effect to take place. Easy, or difficult….that will be up to you to decide.

3 thoughts on “CAN EVERYONE BE HYPNOTIZED?”